Won a ticket for the Microsoft Management Summit 2011

This weekend I was flabbergasted by the email I received from Microsoft. The email stated that I was one of the winners of the Microsoft Management Summit 2011 in Las Vegas. 🙂 Since TechEd last year I became part of the Community Evaluation Program of System Center Configuration Manager 2012. Attending Live Meetings and writing blogs about the new version of SCCM enabled me to enter the “Configuration Manager Community Evaluation Program Community Contest”. Thanks everybody @ the CMCEP Team!

So the next couple of days/weeks I am going to arrange the unexpected trip to Las vegas and find out which interesting sessions about the System Center suite are scheduled.

So read all about it at this System Center Blog between the 21st and the 25th of March 2011… 🙂 Anyone a favorite subject? 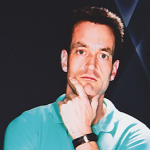 Thanks Rod, I hope I meet you at one of your sessions. Looks interesting 🙂